If we are to keep our promise to the hundreds named on the Civic Mitcham War memorial and throughout Merton, then perhaps one man can be a symbol of remembrance on this historic Sunday: Leonard Walter Ausling, from South Wimbledon.

On 11th November 1918, the 3rd Australian Casualty Clearing Station was still based close to the Kezelberg sidings, some 9 miles East of Ypres and approximately 15 miles behind the British advanced positions across the Scheldt river. 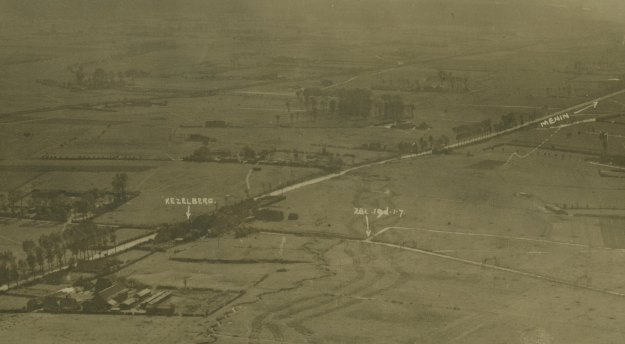 The 3rd Australian CCS had moved from close to Ypres to Kezelberg in difficult circumstances between the 20th and 25th October.  The camp was rapidly erected with the Theatre and wards in working order by the 26th and X-rays in operation by 28th. The Head sister’s report for October 1918 summarised the situation as:

The 3rd Australian CCS were part of the medical services supporting the Second Army’s final advance in Flanders, an offensive conducted alongside French and Belgium Divisions.  Among the British forces were the 41st Division whose artillery included the 190th Brigade RFA, Wimbledon’s Own.  At this late stage of the War the men of the “Wimbledon’s Own” included conscripts and others posted to the Brigade to replace losses and a remnant of the original volunteers from 1915.  Serving in “A” Battery were 193115, Lance Bombardier George Gilmour, a 39 year old married man from Kilmarnock, who was probably conscripted in 1917, and L/45168, Driver Leonard Walter Ausling who had volunteered at Wimbledon in early September 1915.  Leonard Ausling was just seventeen when he joined up and most likely falsified his age.

Leonard Ausling was born in the Summer of 1898, and baptised soon after, when his parents Joseph and Mary Ann Ausling were living in Trevelyan Road, Tooting.  Leonard’s parents had married in 1892 and their first child, Joseph William, was born late in 1893 but he did not survive.  Three years would pass before their first daughter Lily Elizabeth was born in 1895 at Aldis Street.  As their first surviving son, Joseph and Mary Ann may have had a special affection for Leonard, the older brother that the younger siblings  looked up to.  The Ausling family moved from one rented property to another as their finances dictated and to find room for the growing number of children.  They lived at more than one address in Sellincourt Road and their sixth child was born in Tooting in 1906.  It is possible that both Lily and Leonard Ausling attended the newly opened Sellincourt Road LCC School.

By 1907 the Ausling family had moved to South Wimbledon and Leonard Ausling was first placed at Haydons Road School in 1907, then moved to the Queens Road School in 1908, before returning to Haydons Road School in 1910.  By the time of the 1911 census  Leonard Ausling was one of seven siblings and the family was established in Leyton Road, South Wimbledon.  His father Joseph continued to work as a “Brick Maker”, while his older sister Lily was employed in a laundry.  Nine people were accommodated in just three rooms, life was hard.  The census shows that Leonard Ausling had been placed in an “Industrial School”.  The authorities had deemed that Leonard Ausling was sufficiently unruly or susceptible to malign influences to be removed from his parents.  He was not yet thirteen and would have probably remained at “Industrial School” until placed in work at the age of fourteen.

By 1915,  the lure of volunteering had become irresistibly strong for the seventeen year old Leonard Ausling.  The first flood of volunteers for Kitchener’s New Armies had dwindled and in the London area the authorities had appealed to its Mayors to raise new battalions for its Armies.  In neighbouring Wandsworth a vigorous campaign had started in July 1915 to raise the 13th Wandsworth Battalion of the East Surrey Regiment.  Wimbledon’s Mayor, Alderman William Barry, was able to announce the formation of  “Wimbledon’s own Artillery Brigade” and appealed for volunteers at the end of August 1915.  Leaflets, adverts in the press and recruitment rallies with marching bands all contributed to the flood of volunteers that followed when the recruiting office open on Monday 6th September 1915. 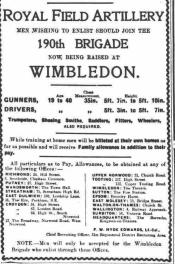 Judging by Leonard Ausling’s army service number, he must have been among the first week’s recruits, as we know L/45140 Henry William Woodhouse volunteered on 13th September 1915.  Training complete, the Wimbledon’s Own artillery brigade left for France on 6th May 1916.  The Brigade took part in the Somme offensive in 1916 and Passchendaele in 1917.  By the end of 1917 the Brigade was transferred to the Italian Front, but returned to France in March 1918.  In the final weeks of the Great War the Brigade was once again in Flanders, but in very different circumstances.  The stalemate of trench warfare had been broken, the Germany Army was in retreat and the end of the War was in sight.

The infantry of the 41st Division pressed toward the river Scheldt in the Avelghem area, supported by the 190th Brigade’s guns in the last days of October, with all four Batteries constantly moving forward.  The last know position of Leonard Ausling’s “A” Battery is given as map reference “O 35 b 60 45” on October 26th 1918, which is roughly 3 miles North-East of Avelghem.  The actions and disposition of the Wimbledon’s Own RFA in November cannot be followed in detail as the pages of the official Brigade War Diary are inexplicably missing for the entire month.  The diary of the 41st Divisional Artillery HQ informs us that the 190th Brigade RFA withdrew to the wagon lines near Deerlyck on 5th November.  On the morning of the 10th November, the 190th Brigade RFA crossed the river Schedlt with the 122nd Infantry Brigade, marching to the Sulisque area. 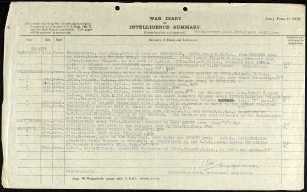 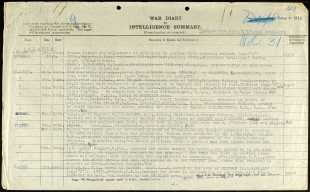 Although the 190th Brigade War Diary mentions no casualties in the second half of October and there are few references to hostile machine gun fire and artillery, men were wounded.  Both Gunner Richard Gregson Cook (Lancs) of “B” Battery. and Lance Bombardier John Finch (Kingston) of “C” Battery. died of wounds on 30th October at the 3rd Australian CCS after they had passed down the evacuation chain.

At a place and in circumstances unknown, both George Gilmour and Leonard Ausling of “A” Battery, were wounded a few days before the Armistice, perhaps in the same incident. They passed down the evacuation chain, an arduous journey for any casualty, before reaching the tented wards of the Casualty Clearing Station at Kezelberg.  George Gilmour died of his wounds on 9th November 1918.  It was on the very day of the Armistice that young Leonard Ausling was to draw his last breath, succumbing to this wounds on 11th November 1918.  Both would be buried shortly after in the makeshift cemetery next to the Casualty Clearing Station at Kezelberg.

The jubilation and relief at the news of the end of the Great War was soon shattered for the Ausling family as they learnt of the death of a son and brother.  There would be no local burial, no place to care for, as the authorities held to their policy of non-repatriation for Britain’s war dead.  The Armistice was followed by an uneasy peace as Allied forces occupied the Rhineland and it was only after the signing of the Versailles Treaty on 28th June 1919 that any official celebration of the “Conclusion of Peace” took place.  The London “Peace Parade” on July 19th 1919 had seen the erection of a temporary structure of wood and plaster in Whitehall, a monument to those killed and wounded in the Great War.  Within an hour of its unveiling onlookers had piled wreaths of flowers high around its base.

It’s unlikely the Ausling family ever had the means to travel to Kezelberg to visit Leonard’s grave after the Imperial, now the Commonwealth, War Graves Commission had re-created Kezelberg Militray cemetery in the 1920s.  There would only be the consolation of a headstone photograph.  Leonards’ father had passed away in April 1920, and one of the last acts his mother Mary Ann performed for her eldest son was to request and pay for a simple inscription for the headstone that would replace the wooden cross at Kezelberg cemetery:

“AS THE YEARS GO BY WE MISS HIM MORE” 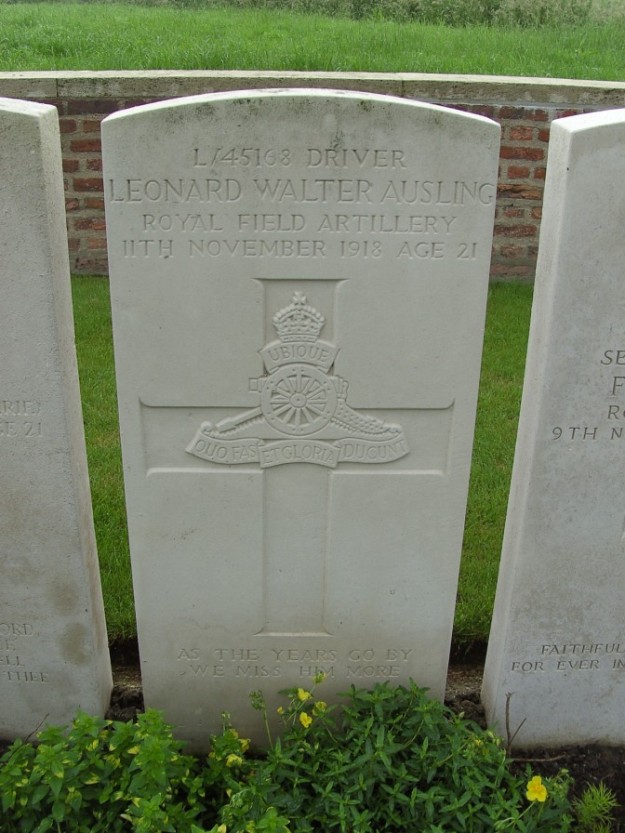 When the permanent structure of the Whitehall Cenotaph was unveiled and the unknown soldier was laid to rest on 11th November 1920 the national outpouring of grief transformed into thousands of memorials across Britain’s cities, towns and villages.  In its public spaces, places of worship, places or work, places of learning, clubs and societies.  Notice of Mitcham’s own Cenotaph unveiling was published on the following day, the 12th November 1920.

Leonard Ausling’s name does not appear in official Roll of Honour Wimbledon, Merton and Morden 1914-1918.  Nor does his name appear on the Roll of Honour at Haydons Road School.  But his family did ensure he was commemorated at All Saints Church, South Wimbledon. 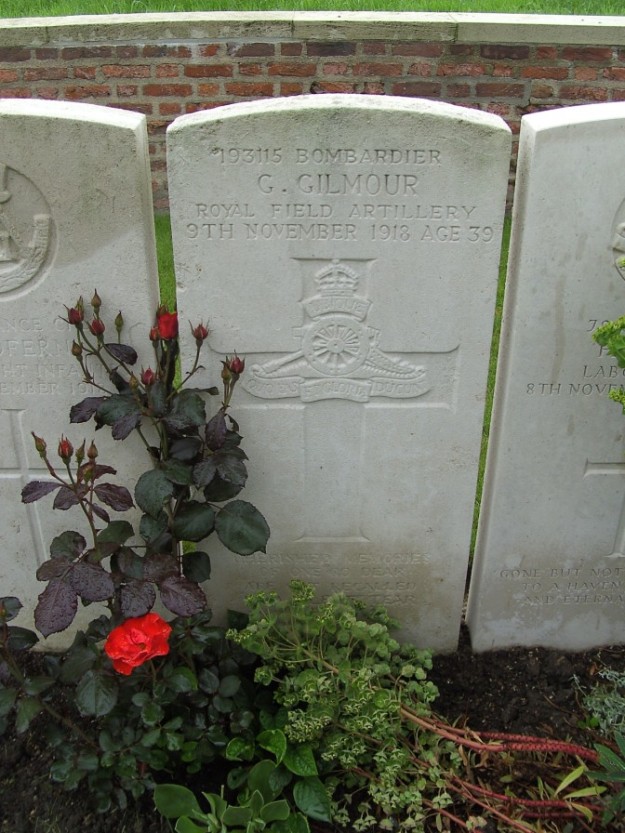 The 190th (Wimbledon’s Own) Brigade RFA  were part of the British Forces occupying the Rhineland in 1919.  When the Versailles treaty was finally signed on 28th June 1919,  the Brigade fired a 101 gun salute on the banks of the Rhine at Cologne, close to the Hohenzollern Bridge.